Five Shocking Tips on How to Get Asterisk Bugs Resolved Quickly

Five Shocking Tips on How to Get Asterisk Bugs Resolved Quickly

Warning, these tips may not be shocking, but you already know that and you clicked anyway! Shame!

Many of us know the frustrating feeling of submitting a bug report and seeing it go through a triage process only to then watch it sit for hours, days, weeks with no response or updates. No fun at all! Yet I’m going to tell you, there is probably a legitimate reason why you haven’t seen any updates, and no, asking for updates won’t get you any updates. However, there are some things you can do!

Here is the situation. You have an issue sitting in open status, unassigned, for a long time with no comments on the issue. Unfortunately, in that circumstance there usually are no updates to be had. That is, the issue is sitting in open status for a reason, the issue has been triaged and it is in queue waiting for developers to take on the issue. Those developers are likely busy working other issues or handling other responsibilities in life or work. So, when someone suffering with the bug comes along and asks “can we get an update?” our response is usually something along the lines of “Any updates will be posted to this issue.”. That is a valid response, but for this blog post I want to expand a little bit and briefly talk about what a user can do to get some activity on their issue.

Tip 1. Make sure your report is detailed. Help us help you.

Maybe you didn’t read Josh’s post on Asterisk triage! Your issue might have been opened up, but maybe the person doing the triage was taxed at the time and your issue is still missing a bit of critical information. Without that missing information, developers may not be interested in the issue or even able to work it, therefore less likely to take it on. This is an open source project and none of us are perfect. We depend heavily upon community involvement. Check the Asterisk Issue Guidelines and see if there is additional debug, logs, details or further information you can provide.

Often, when someone suffering with an issue finds that it has already been reported they will simply watch that issue and wait to see progress. Unfortunately not adding details or at least “me too” to the issue hurts the chances of the bug being resolved quickly. The proper thing to do is for everyone suffering from the issue to comment on the issue and let the development team know that they are experiencing the problem. That way, we get a better idea of how widespread the issue is and can prioritize appropriately. The more indications we get that the problem is widespread then the more likely a developer is to jump on it. You could ask around on the lists, forums, on IRC , Reddit and other places to see if anyone else is experiencing the issue.

Tip 3. Check-in occasionally, but in the right places.

Sometimes if a bug is fairly minor, hard to reproduce or only faced by one reporter or a handful, the issue may not ever rise up to get the attention of the core team. If it has been months since your bug was reported and you are not seeing any progress then it might be time to ask around in the community. Similar to Tip 2, you should ask around (on community.asterisk.org, or the asterisk-users lists) to see if anyone else is experiencing the issue or if there is any additional information you can provide (on the asterisk-dev list or the freenode #asterisk-dev IRC channel).

There may be many motivations for community developers to tackle a particular issue and many of them are outside your control. Sometimes you simply can’t make someone interested in working on app_voicemail or CDR. However, a sizable bug bounty can be quite influential! The Asterisk project began allowing bug bounties again a short while back and since then I’ve seen several otherwise low priority bugs solved very quickly once they had a bounty. Be sure to read the rules about posting bug bounties.

Tip 5. Coding novice? It could be easier than you think – ask for help!

You might be a coding novice and Asterisk code can be scary sometimes, but give it a try! Often a great way to get others involved in helping you fix a bug is to put forth effort at trying. Asking questions about that section of the code on the #asterisk-dev IRC channel or the asterisk-dev mailing list can quickly draw eyes on your issue. Many developers may not have time to take on the issue completely, but they may have a few minutes to point you in the right direction or give on advice on how to approach the problem. It also seems to be that many are quick to help those who try to help themselves.

Well, I hope you found something useful there. When in doubt, outside of the tips above, provide more information than you think is necessary, be polite, try to communicate clearly and don’t pester people. It also never hurts to ask! You can always hop on #asterisk-dev and ask “What can I do to help developers work my issue?”. Good luck! 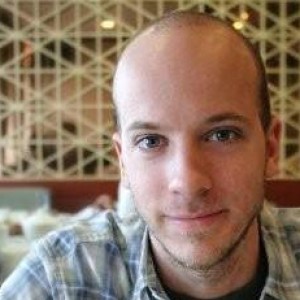