Today, when a call comes in to Asterisk and media needs to be played back to the caller, that media must come from a file that’s locally accessible to the OS.  For single deployments, that’s usually okay.  For larger deployments, this gets tougher.  If you’ve got 10 Asterisk installations, you might need 10 copies of the same media, accessible to each of the Asterisk systems.  If you need to update the media, you’ve got to update it in 10 places (Giant time sink).  You can work around this, to a degree, by remotely mapping file systems.  But, for anyone who’s ever worked with SMB or NFS, you know they’re a little too fragile for critical infrastructure.

When Asterisk plays media from the Dialplan, it looks like:

Wouldn’t it be great to be able to do something like this, instead:

With Asterisk 14, you can!  Asterisk now includes the ability to cache and then play media from remote HTTP and HTTPs URIs.  This feature isn’t just for Dialplan, but can also be done via AGI or ARI.  And, just like with normal playback of traditional, local sounds, URI Playback of multiple sounds can be accomplished with the & character:

Anyone building any Asterisk system that involves a lot of media playback can take advantage of this.  We’ve got a great wiki page [2] outlining the development of this feature that everyone should go read.

Now, as we move towards release, let’s talk about the anticipated schedule.

We project that Asterisk 14.0 will be released in time for AstriCon, on or about September 27th.  At that point, we’ll have the website updated, the press release, and all of the other festivities that go on at AstriCon to celebrate its launch.  Two weeks prior to that, on or about September 13th, we plan for the release candidate phase to begin.  And, two weeks prior to the release candidate phase, on or about August 27th, we plan a second beta.  Which brings us back to today, and the first beta.

The Development team needs your help to make this beta and release candidate phase successful.  With your efforts to test your unique usage of Asterisk and your myriad connected devices, we can uncover new bugs, squash them, and make Asterisk 14 a huge success.  So, please download the beta today[3], give it a spin, and let us know how it goes with your posts to the mailing list [4], the community forums [5]; or, if you find a bug, the issue tracker [6].

Thank you for using Asterisk, and we’ll see you again in a few weeks with an Asterisk 14 update. 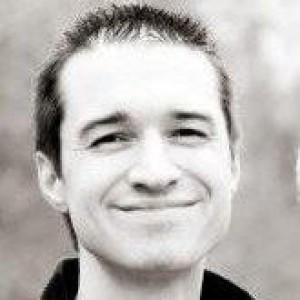