Asterisk’s MALLOC_DEBUG is a compile time tool that helps find some common memory usage problems such as memory corruption and memory leaks. The debug tool helps find similar things as valgrind but without the huge performance penalty. You enable MALLOC_DEBUG in menuselect’s “Compiler Flags” menu along with other useful compile time options like DONT_OPTIMIZE.

With MALLOC_DEBUG enabled, recompile, install Asterisk, and reproduce your problem. If MALLOC_DEBUG finds anything it logs the findings to the mmlog file in the default /var/log/asterisk location. If it doesn’t find anything the mmlog file will just contain “New session” lines indicating when Asterisk was started.

MALLOC_DEBUG does many things for you.

Bugs that cause the crash on 0xdeaddead have the best information to get them fixed. Be happy if you get this crash when you are searching for a memory corruption bug. For this crash, the backtrace shows you exactly where freed memory is used so it is a matter of figuring out why the code is using a stale pointer to freed memory.

Simply monitor memory usage using the CLI “memory show summary” command and note which files show an increase in memory consumption or allocations. Once you have identified files leaking memory, you can see which lines in that file are allocating the memory. So much for the easy part. Now you need to use other symptoms of the memory leak to determine what to do with the information MALLOC_DEBUG provides. You need to look at the Asterisk debug logs to see what the system is doing. You may even need to add more debugging log messages to trace the activity of the code handling the leaked memory.

If you are using the “top” application to monitor the Asterisk process memory allocation, you need to be aware that memory is not returned to the system if the libc heap allocator obtained the memory even if Asterisk itself returned the memory to the heap.

The CLI “memory atexit summary” commands allow you to see what memory is still allocated when asterisk shuts down. If you are looking for memory leaks on Asterisk shutdown then you need to use the CLI “core stop gracefully” command. Asterisk cleans up as much as it can before exiting on a graceful shutdown. Using the CLI “core stop now” command causes Asterisk to do the absolute minimum cleanup before exiting so you will see a lot of unreleased memory.

MALLOC_DEBUG is by no means a silver bullet. However, it does give very useful information when tracking down memory usage bugs. 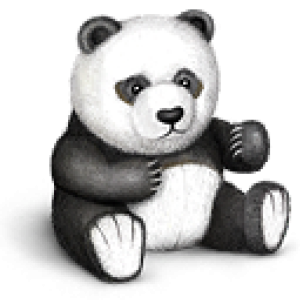 Richard Mudgett is a Senior Software Developer at Digium. While a prolific developer and contributor to Asterisk, he's elusive and can be difficult to spot outside of his native #asterisk-dev environs. We were impressed we got him to write a blog post.
See All of Author's Posts